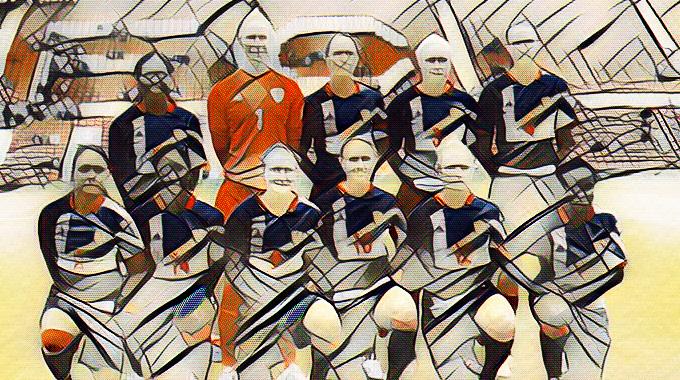 The FA has revealed that they are ‘confident’ that there will be a women’s football squad representing Team GB at the 2020 Olympics in Tokyo, for only the second time in history.

There have been a number of calls from several quarters of the sport over the last couple of years, for a Team GB side to be fielded in Tokyo, and it now appears to be a distinct possibility.

For the 2012 Olympics in London, there was special dispensation given to Team GB in order for them to put forward men and women’s teams.

However, despite being eligible to compete at the 2016 Rio Olympics through their World Cup qualification the previous year, the women were not given the chance to do so. The reason for this was because the home nations were wary that their independence under FIFA may have been under threat if they were to agree to a British team.

Earlier this year, Greg Clarke, the chairman of the FA, met with officials of the fellow home nation governing bodies to discuss the plans, where they are believed to have agreed upon giving a women’s side the chance to compete for a gold medal again.

Despite that, BBC Sport revealed on Wednesday that they understand that the Scottish FA would be against having Scots in a GB team but would not stand in the way of a squad of English women.

When talking about the potential participation of an Olympic team this week, the head of women’s football, Baroness Sue Campbell, said: “We’ve worked with the home countries and they are really supportive, as long as their individual players get the opportunity to be part of Team GB.

“We’re going to make sure that through selection and the way we scout, we’ll look across the whole of Great Britain and we’ll give every player with an aspiration to play for Team GB the chance to do so.”

In addition to the talks about an Olympic team, Campbell also spoke about the FA’s bid to host the 2021 European Women’s Championship, which they first confirmed in August of last year.

“We’ll put the bid in in the summer, and we’ll know our fate by December. We’re working with UK Sport, who have attracted major events in a whole range of sports including World Championships. They have massive experience so that will help us.

“We’ve put out a tender to cities, and they are really excited. They’re putting in their written bids now. We’ll select those cities not just on the basis of their facilities, but also on their legacy plan.”

Alongside England, Austria and Hungary are the only other nations who are battling to stage the tournament.

The last time the tournament was held in England was back in 2005, where the Lionesses finished bottom of their group as Germany went on to win the final.

But four years later in Finland, the England Ladies went on to reach the final, but the German’s claimed their fifth consecutive European title.

Last year in the Netherlands, despite being the favourites to win the tournament, Mark Sampson’s side were knocked out in the semi-finals by the hosts after a 3-0 defeat.

The Lionesses will be looking to claim their first European title in 2021 on home turf, should their bid to host the Championships be successful.