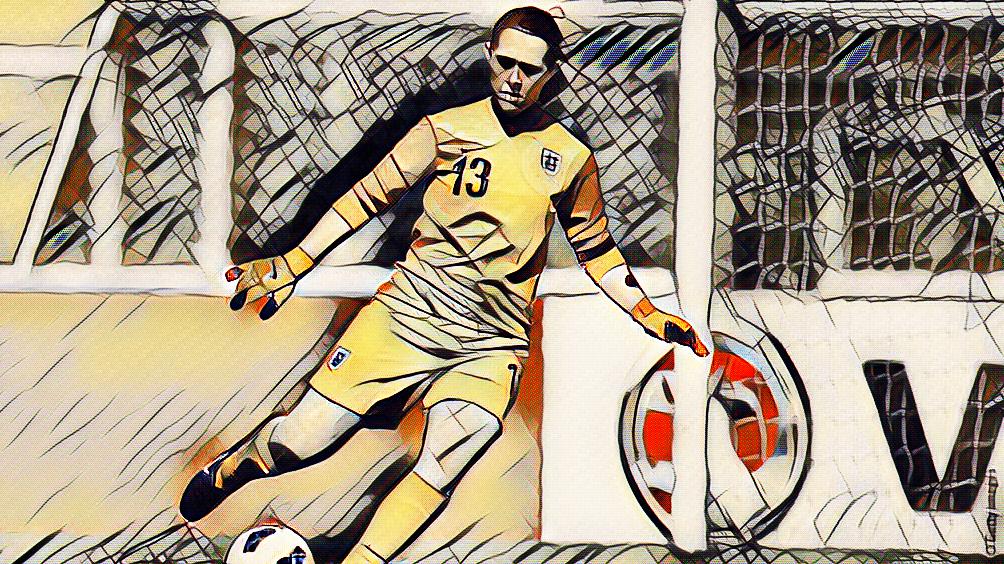 The future of the England Woman’s team will literally be in very good hands if the start of Sian Roger’s footballing career is anything to go by. The nineteen year old goalkeeper has made huge strides in her maiden season in the first team of a WSL club and if she can continue to progress at this rate, anything is possible.

Sian got into the footballing system at a very young age and was playing in goal for her local team at the early age of six. Her potential talent was spotted soon after as she continued to improve year on year and was invited to join the Wolverhampton Wanderer’s centre of excellence. The exposure she got at Wolves meant that eyes from the national team were already on her and at fifteen; she was invited to join up with the U15 England girls’ squad for a training camp.

It wasn’t long until Rogers was attracting interest from elsewhere and she made the move to Birmingham City Ladies. At Birmingham, Rogers played her way into the starting line-up of the development squad as she was earning rave reviews for her shot stopping ability. She got her first taste of international football when she joined up with the U17 Women’s squad for the 2014 European Championships where the England team were knocked out by the eventual runners up Spain. That disappointment was soon taken away when one of the biggest clubs in Women’s football came calling.

In 2015, Rogers signed for Arsenal and was the first choice keeper in their development team. Rogers was part of a squad that achieved great success. Arsenal won the FA Development League and Rogers was a huge part in their victory as she conceded the least amount of goals in the competition, her clean sheets provided the base for the Gunners to go on and win thirteen of their sixteen league games. In fact, Arsenal also went on to win the double in the 2015/16 season as they also won the FA Developmental Cup.

Her successful two years at Arsenal came to an end and she returned to the Midlands to finally get first team professional football. Last summer, Rogers signed for Aston Villa Ladies and has become their first choice keeper in WSL 2. The Villa squad has been lauded this season for the amount of young talent in it with four teenagers, including Rogers, getting a lot of minutes. Rogers has made the most noticeable impact with some stunning point blank saves and with all that potential in the team; it is only a matter of time before Villa start moving up the table.