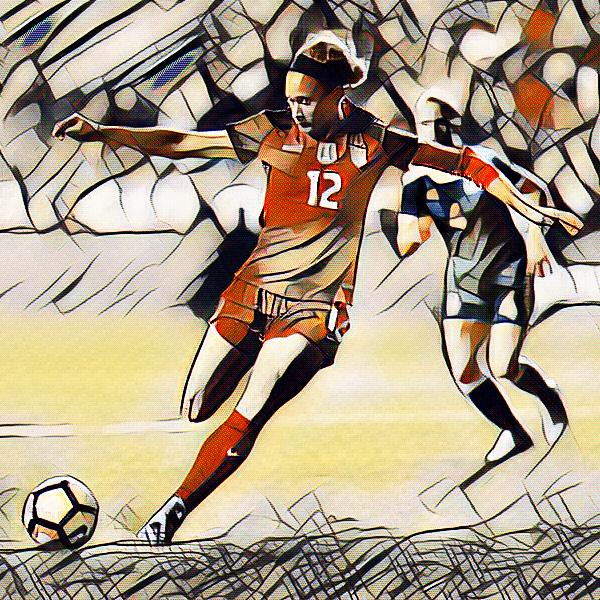 As she makes preparations this week after being called up for the second straight year for the SheBelieves Cup for the United States Women’s National Team, Lynn Williams will know that she is well on her way to reaching her goal of being one of the top players in American soccer and American fans will be hoping she will cement her status as the forefront and poster girl of the next generation of American Women’s Football.

The woman from Fresno California had a difficult start to her career. Although her talent was clear for all to see when she did play, she was unfortunate with injuries which kept setting her back. Yearly, she would have to have surgery on her foot, the issues initially started after she broke her foot when she was thirteen while she was doing track and field. Those set backs in her earlier years allowed her to get stronger and she made sure that in her final years of high school that her talent was unleashed. She broke countless of records and received a number of awards to make history at that school. She left Bullard High School with a record of 117 goals and 47 assists, no girl or boy has come close to the record since.

Williams started Pepperdine University in 2011 and joined the football team; Pepperdine Waves. In her first year, she started all the games as the Waves went on to win the West Coast Conference Finals. Injuries continued to follow her in her second year and then in her third year in the middle of her best year yet after scoring 11 goals in 15 games, Williams tore the labrum in her hip and shattered her elbow in quick succession and her season was ended prematurely.

That setback threatened to end her footballing career for good, but as before, she picked herself back up and fully recovered to make a huge impact in her senior and final year at university. The striker ended the season with 14 goals and 10 assists in 22 appearances as she led her team to the NCAA Finals where they unfortunately lost to a last minute winner. On a personal level however, Williams was recognised for her efforts and she was named a finalist for the prestigious Hermann Trophy.

Now university was over, it was time to play in the big leagues. She was selected as the 6th pick in the 2015 National Women’s Soccer League Draft by Western New York Flash. She laid a solid foundation for herself as she bagged four goals and four assists in her rookie season and the Flash finished in mid table; not qualifying for the playoffs. Her breakthrough came the next year as the Flash surprisingly ended up winning the NWSL Championship with Williams being named the league MVP and winning the Golden Boot.

These achievements helped her get noticed by the national team and she was called up to play in a couple of friendlies. There she made history again, scoring the fastest ever goal for a debutant in American history; Williams came off the bench to score after only 49 seconds in a friendly against Switzerland. At last year’s SheBelieves Cup, Williams confirmed her credentials at the top level by scoring the only goal of the game against the country ranked second in the world, Germany.

Lynn Williams is a difficult striker to contain and restrict, she is blessed with searing pace to run in behind defences but also she has a big frame which allows her to be able to play with her back to goal, hold up play and bring others into the attack. The American fans are extremely excited about her potential and as the 2018 SheBelieves Cup begins this weekend, you can expect Williams to make a big impact again.