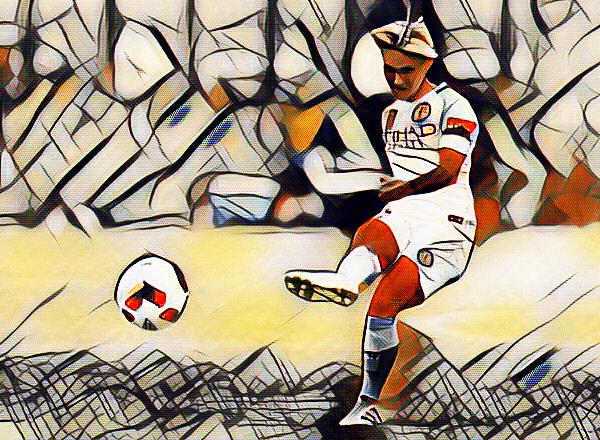 Not many have had such a colourful, varied and successful career as Welsh international Jess Fishlock and after her most recent success in the Grand Final in Australia with Melbourne City, it looks like there are still many more successes to come.

Fishlock stumbled into a football career at the age of 7; her older sister was on her way to a football camp when Jess was encouraged to tag along. By the end of the camp, it was clear that the younger Fishlock had all the potential to be one of the great players. She was quickly signed to hometown club Cardiff City Ladies and made her debut at 15 before eventually being drafted fully into the first team when she was 16. That season in the first team turned out to be a ground-breaking one as the teenager went on to score 19 goals in 23 appearances as well as helping the team win the SW Combination League Championship and get to the last 8 of the Woman’s FA Cup. By the time Fishlock left Cardiff in 2005, the 18 year old had already become Cardiff Ladies all-time record goal scorer.

Fishlock decided to ply her trade abroad and ended up going to The Netherlands and AZ Alkmaar thus becoming the first overseas player to play in the Eredivisie. Her experience in the Eredivisie was a fantastic one both in terms of achievements and in developing herself as a player. At Cardiff, she was an all action midfielder always making lung busting runs forward and contributing in the attacking third. At AZ, Fishlock learnt to be more patient on the ball and keep possession and make her contributions in that way. Although she didn’t score as many goals for the Dutch side, she played a huge part in the back to back league titles Alkmaar did win in her time there. In the middle of her third season with Alkmaar, Bristol Academy came knocking.

Bristol were a mid-table club at the time, but Jess Fishlock’s arrival heralded an unexpected rise in the Bristolian’s fortunes. In Fishlock’s first season at the club, after finishing 12th the year before, Fishlock drove her team to impressive 5th place in the league as well as an FA Cup final versus Arsenal where they unfortunately ended as runners up. Fishlock picked up the Club Player of the Year award as well as the Fan’s Player of the Year. The following year, Fishlock helped Bristol improve upon their previous finish as they finished 4th in the top division of the Women’s football, the highest finishing position in their history to date. She again picked up the fan and club awards as well as being named the 2012 WSL Player’s Player of the Year.

At the beginning of 2013, Fishlock took her talents to the best professional Women’s league in the world in America as she joined the Seattle Reign and again made history by being the first Welsh Woman to play in the National Women’s Soccer League. From then till now, Fishlock has been a part of the Reign team as they have won the NWSL Shield on two occasions while also finishing as top scorer from midfield in her first season in America.

What really highlights Fishlock’s dedication to the game is that during the off seasons of the NWSL, instead of her to take a break, Fishlock has used that time to go to various clubs on loan in Europe and continue playing. This has led her to taking her talents to various teams such as FFC Frankfurt and Glasgow City. A special highlight of one loan move was that at Frankfurt she managed to win the Champions League trophy. Frankfurt didn’t lose once during her loan spell there.

Fishlock has been on loan at Melbourne City during the last three off seasons and she has been given the added responsibility of being player coach for the team. This extra responsibility hasn’t dampened her playing impact however as she has led Melbourne to Grand Final wins in three consecutive years, scoring and being named player of the match in this year’s final as well as last year’s final.

Jess Fishlock holds the distinction of being the most capped Welsh international and the first ever to get 100 caps (male or female). She truly is a pioneer for all Welsh sportspeople and still has the chance to contribute so much more.